The editorial services you need …

… and only the ones you need.

For over a decade, Monique Happy has been working with a wide range of writers, primarily in genre fiction, to complete, polish, and market their novels and short stories. Monique can provide a wide range of services that go far beyond copy editing and proofreading. Her insights into story structure and character development, as well as her guidance in building a fan base, packaging, design, and public relations have helped produce best-selling series and one-shots for a wide range of indie authors. 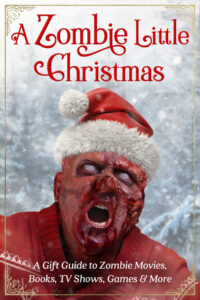 We’ve been talking about doing this for years, and now, finally, late in the day/year/life … we’re giving it a try.

It’s The Zombie Gift Guide, a Kindle ebook AND/OR a website!

If you’re looking for a last-minute gift for the zombie fan in your fam or among friends, we know exactly what they want. It’s filled with carefully curated clever commentaries on all the best (and yes, some of the worst) zombie-themed movies, TV shows, books, tee-shirts, toys, and more. And all of it is only a click away, ready to buy and able to arrive at any address you choose well before The Big Day.

It’s not too late! I just checked and virtually all of the products we list, mostly through an Amazon Affiliates link that costs you nothing extra and makes us a tiny amount of money, are still available for delivery before Christmas — even the physical objects, not just the downloadables!

Screw the supply chain crisis! NOTHING can stop the shambling dead! You can get the Kindle version of A Zombie Little Christmas at https://amzn.to/3milgCO, or you can browse the online shop at https://bit.ly/zgg2022! Heck, you could even just supply your Chosen Ones with the link(s) and let them go crazy!

And if you have any suggestions … we’re adding to the Guide all the time, preparing a “non-seasonal” version to premiere right after the first of the year. Let me know!

Look: Making a decision about your editor, designer, packager and/or marketing consultants can be hard. So we’re committed to making it as easy as possible for you to make the right choice.

Drop us a line. We’ll set up a free consultation, over the phone, by Zoom, or simply in an email exchange, to find out exactly what you need and well as what you want, and we’ll tell you what we can honestly offer to make your dreams come true.

And obviously … no charge. You won’t spend a dollar until you know exactly what we’ll do, when we’ll do it, and how much it’ll cost. That’s always the way we work.

Just click  here to drop us a note. We’ll get back to you right away and get started.

Shawn Chesser’s back and we have him! (And you will too, very soon) 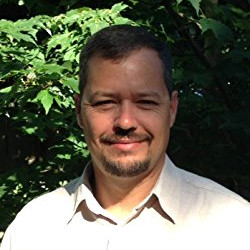 I really can’t remember how long I’ve been working with Shawn Chesser. I do know that his newest book, Fury is the fifteenth book in the Surviving the Zombie Apocalypse series, and that’s just … crazy. But he’s about to turn over that new manuscript, and personally? I can’t wait.

Shawn is a huge fan of apocalyptic horror, from Stephen King to Cormac McCarthy to George Romero. But as he will be happy to tell you, he likes his creatures shambling, trudging, and moaning. As for fast, agile, screaming specimens … not so much. And we’re the beneficiaries of his lifelong love of the undead. On top of the STZA series, his Riker’s Apocalypse is at three books and counting; Shawn’s also contributed short stories to multiple anthologies.

Shawn is a joy to work with. His writing style and voice has progressed exponentially over the years we’ve worked together. He takes my edits and suggestions and makes his story stronger, better, faster-paced. And having gone through the zombie maze at Universal Studios with him back in 2014 … I know he’s got my back IRL.

When he’s not slaughtering the walking dead with pixels, Shawn – a practicing father, and proud to admit it – spends the rest of his time doting on his children and, he insists, “doing whatever his wife says.” You can check out both of his amazing series on his Amazon page, right here. We’ll let you know when Fury is ready for your anxious eyes.

What Does “Editing” Mean?

What’s the difference between copy editing and proofreading? What is “developmental editing,” and do you need it? Give us some basic info here and we’ll send you a short and smart description of the process, and how we can help. 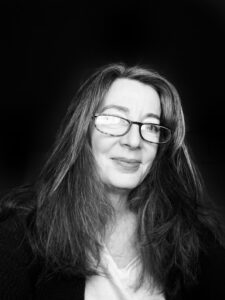 How long have we been working with Kelly? A couple thousand years, I’m sure. Not only is she ridiculously talented, and one of the most creative and flexible book designers we know, she’s also unfailingly positive, cheerful, and adaptable. The ultimate roll-with-the-punches professional.

You can find a few examples of her work on our “Team” page, right here, and a ton more on her own site at kam.design. We’ve been lucky enough to use her on everything from fantasy to post-apoc to romance novels, but that barely scratches the surface. And she works so fast it’s embarrassing

When she’s not at the computer, you can find her — she tells us — in the kitchen. And she even takes that super-seriously. “A few years ago,” she told us, “I fulfilled a lifelong dream and attended culinary school, where I graduated with honors and was the valedictorian of my class. (I’ve been told that I make the world’s tastiest peanut brittle too.)”

You can learn much more by checking in on her own amazing site at kam.design. And tell her Monique Happy Editorial sent you!

We’ve put a few of her great covers over on the Our Team page, too …

Send Us a Message

Just a few of the successful authors we’ve worked with

Monique Happy has been a joy to work with during the editing phase of all three of my fiction novels in the horror genre. Her recommendations regarding flow of story, dialogue changes, and general knowledge of the editing process have all been spot on. Furthermore, she has the uncanny ability to offer her suggestions without being pushy or overbearing. Her communication skills are top notch and her ability to keep my project hurtling towards completion a great asset. I have found working with her a seamless experience and would not hesitate to recommend her services. Lastly, I am happy to have her committed to editing my forthcoming novel.

Monique has a wonderful eye for editing. She’s a detail person who delights in working with writers to help them become the polished authors they can be.

When I needed it most, Monique Happy Editorial Services came into my life. Without her suggestions, patience and guiding pen I don’t have a career. I will forever be indebted to her and her skill. Thank you!

Monique came highly recommended and never once has she let me down. With her fantastic attention to detail in grammar she turns my manuscripts from 3rd rate into first. She also is excellent at following character development, making sure the author gets not only his characters but timeline right. I can’t recommend her highly enough.

Monique is the best editor in the business. Comfortable to work with, she is more of a teacher than a my way or the highway type editor. Highly recommended!

Author/Owner at Darker Than Black Publishing

Tell us what you’re after, and let’s set up a FREE consultation